The short version: an EGR delete is an aftermarket replacement kit that removes your vehicle’s EGR or ‘Exhaust Gas Recirculation’ system.

EGR refers to the legally required system that is found in most if not all modern road-legal vehicles.

This system is designed to reduce a diesel or petrol-powered vehicle’s exhaust emissions in order to meet stringent government regulations.

Removal of the EGR system on diesel-powered trucks such as Duramax, Powerstroke and Cummins often results in increased fuel economy, increased horsepower and torque and increased engine longevity when combined with other supporting mods.

These obvious benefits make it a popular yet somewhat controversial topic for diesel performance enthusiasts.

If you want to know more information, please continue reading.

Why Is The EGR System Required?

The debate rages on in the automotive aftermarket as to whether or not Exhaust Gas Recirculation (EGR) is a good and necessary technology for your vehicle – and for the environment.

Since the introduction of increasingly stringent emissions standards by the US Environmental Protection Agency and European legislators, vehicle manufacturers have introduced ever more ingenious technologies – and been spending ever more R&D dollars – on ways to limit the volume of noxious gases expelled from vehicle exhaust systems, the main culprit being oxides of nitrogen (NOx).

Early attempts to control exhaust emissions started in 1975 when catalytic converters first began to be fitted to most cars.

Exhaust Gas Recirculation (EGR) essentially does all of the above, but at an earlier stage, by helping to reduce the amount of NOx which is produced inside the engine before it gets to the catalytic converter.

It does this by recirculating a portion of the exhaust emissions and running it through the combustion process again.

This gives a cooler, more complete burn of the fuel which decreases the truck’s noxious emissions by prohibiting the formation of some of these harmful gases.

This all sounds well and good, both for the truck and for the environment.

So, whose idea was it to abandon this technology and literally ‘delete’ it from the engine?

Simply stated, it’s an aftermarket part assembly or kit that removes the vehicle’s EGR system, allowing the free flow of only clean air into the combustion chamber.

EGR systems have been known to cause some potentially serious issues in an engine, including stuck valves, coolant problems, and leaky cylinders as a result of sooty carbon clogging up the intake system.

According to some authorities, removing the EGR system allows a vehicle’s engine to run at cooler temperatures.

This improves performance, makes an engine run cleaner and last that much longer.

What Is An EGR Delete Kit?

Now, remember that the point of the original EGR technology design was to help to keep huge amounts of unburned fuel from being released into the atmosphere.

This unburned fuel is thought to be a primary contributor to greenhouse gas build-up.

That’s why an EGR system became mandatory on all new vehicles since the Euro 0 environmental standards were introduced in 1988. Manufacturers, by the way, are now grappling with Euro 6, introduced in 2012.

Stored in a special tank added onto the vehicle’s fuel tank, AdBlue permits the conversion of approximately 85% of the nitrogen oxide into water vapour and harmless nitrogen.

Contrast this with EGR which, as we’ve noted above, reduces nitrogen oxide emissions by allowing a controlled amount of exhaust emissions back into the intake manifold.

This exhaust mixes with the intake air and actually cools the combustion process, while the higher injection pressure produces less harmful particles.

So where do EGR Deletes fit into this mix? An EGR Delete kit is a device, usually in DIY kit form, that can be used to block off – or completely remove – the functionality of the EGR system.

Most EGR Deletes stop or block the flow of exhaust gases from flowing through the EGR cooler and valve, and prevent the EGR system from functioning. The benefits of such a delete include helping the engine to run cleaner by not reintroducing ‘dirty’ exhaust gases into the combustion chamber.

If the EGR valve becomes clogged or stuck due to soot build-up, various problems such as stalling, rough idling, engine ‘knock’ or pinging may occur, negatively impacting on the fuel mileage and lifespan of the engine.

These problems can be avoided, however, by cleaning or removing the EGR.

Cleaning your EGR is a messy and technically quite challenging job; don’t attempt it if you don’t like to get your hands dirty, or unless you’ve spent some time under the hood of a car.

Are There Any Other Options?

Removing the EGR will certainly prevent the harmful build-up of carbon which is evident in the EGR system in vehicles with higher mileage.

But such build-up has been mitigated in recent years by continuing advances in clean fuel technology, which may soon reduce the automakers’ reliance on fossil fuels and their associated particle emissions, leading to far less sooty carbon deposits.

But some commentators have said in no uncertain terms that EGR technology damages the engine even though they reduce NOx emissions slightly.

Other supporters of deleting the EGR claim that without the factory-fitted EGR system the engine, exhaust gases and coolant are flowing correctly and faster – just the way the motor ‘should’ run.

Should You Remove The EGR?

First, it’s an emission device. It cost the manufacturer money to design and put on your truck for the purposes of meeting emissions standards.

Removal of the EGR system will turn on the ‘Check Engine’ light, which will result in automatic failure during emissions testing and can prevent you from registering the vehicle in many US states.

The ‘Check Engine” light can be easily solved with a diesel engine tuner and will allow you to take advantage of the cleaner air now entering your engine.

The biggest gain in removing the EGR, as hinted above, is reduced cleaning of the intake manifold.

However, ultra-low sulfur fuel used in all US and Canadian diesel fuel has somewhat reduced major clogging.

There are still noticeable mileage and power gains to be had from disabling the EGR system, since it is greatest at partial throttle and idle.

Some EGR Delete fans suggest that the ingestion of the sooty EGR exhaust gases can cause oil contamination.

This is unlikely since the soot gets burned in the combustion chamber and diesel engine oil is also formulated to hold soot and combustion by-products.

The engine will have sooty oil whether it has an EGR system or not.

Engine oil quality and engine maintenance is a much greater factor in proper lubrication than the presence of an EGR system.

Another consideration before you think about modifying or deleting the EGR system: you will almost certainly have problems getting warranty coverage on the engine if the dealer notices its removal.

And finally, a word of warning: most countries take a dim view of anyone who tries to subvert the laws governing emissions control.

In the United States, for example, Section 203(a)(3)(B) of the 1990 Clean Air Act makes it illegal for any person to sell or to install any part that would bypass, defeat or render inoperative any emission control system, device or design element.

Under this statute, it’s a puzzle as to how auto component and aftermarket outlets get away with openly promoting the sale and installation of EGR Delete kits.

The EGR system is an emissions device and because it makes such a major difference in emissions, it’s unlikely that it’ll go away in diesel vehicles any time soon.

The clogging problems that older vehicles tend to suffer from is much less common on newer cars for a number of reasons: ultra-low sulfur diesel fuel, more precise fuel delivery and burn, and new EGR systems all reduce the likelihood of clogging.

One industry analyst summed up the debate neatly when he said:

Some people criticized catalytic converters for killing the 1970’s muscle car but the truth is that poor engineering and high fuel prices killed the muscle car. And today, cars are far, far more powerful, efficient, and cleaner than ever.[1]

What do you think? Please leave a comment below or send us a message. We’d love to hear from you!

Zach is one of the contributers for Not Just A Hobby.com. He lives in Austin, TX & is passionate about Jeeps and ATVs. Read more... 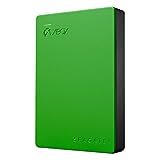 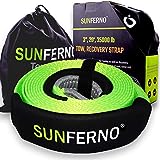 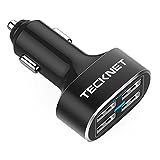 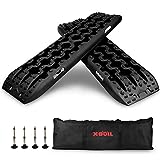 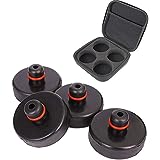